Sam has motivated me to make a greater effort to learn at least German. Sam, a seemingly simple and very jovial shop owner selling Egyptian souvenirs.

I met Sam in downtown Cairo on a narrow street beside Al Hussein’s mosque. Al Hussien is said to be the grandson of the prophet Muhammed and his head is said to be inside the mosque in a tomb. I’ve been inside the mosque and seen the tomb. It looks like it’s made of silver. It is treasured by the local Muslims and you must take off your shoes at the entrance tot he mosque. Anyways, Sam was a skinny looking fellow who grinned a lot. He approached me very eagerly, as I realise with many Egyptian store owners. I didn’t want to burn time filtering through whom I will buy from because I was flying back to Germany the following day and this was probably my last chance to get some Egyptian souvenirs for my family in Jamaica. I also loved that his collection had multiple pieces that highlighted black beauty. I hope my nieces will love them!

One of the souvenirs from Sam’s shop

I stepped into his store, a little way into an alley. He also had another small display shop closer to the entrance of the alley but with smaller items. He started with his sales pitch, mixing jokes and asking me about where I was visiting from. I briefly told I’m from Jamaica but living in Germany. He immediately started to speak German, very confidently, but I barely understood. I was surprised, so I questioned him some about how he learnt German. Then he went on to say that he knows multiple languages and he learnt them at home on the computer. Now, if you have been in downtown Egypt just a few times you’ll realise that people will try to hustle you… hard. I first thought he was just trying a hustle, but then some Chinese people walked past his store, immediately started talking to them in what sounded like Chinese without skipping a beat. A couple from the group entered the store, and he immediately began negotiating with them in Chinese, the woman saw something she liked, and she was trying to bargain a price. They went back and forth, and it was clear from her gestures she understood what he was saying. They stayed for about 10 minutes then left without buying. Afterwards, he told me the Chinese woman was being difficult and tried to bring down his price for a small item. I was shocked and amazed just witnessing the negotiation, So I asked Sam If he would do a video with me for my blog just sharing the same things he told me about his background and store.

Ps. I showed my friend the video, and she said Sam was speaking broken German, but she understood everything he was saying. So he wasn’t perfect, but he delivered his message.

I ended up buying a number of souvenirs from Sam, all of which I’m happy with. Sam was a cool guy and a flexible businessman. He has assessed his field and did something that makes him stand out among his foreign customers – learn other languages. In my couple of weeks throughout Egypt, I haven’t met any other small business operator who seemed to be comfortable speaking more than Arabic and a little English. Sam was definitely a cut above the rest I’ve talked to.

So what will you do from this point on? Will you do something to make yourself stand out in your field or be more marketable internationally? I know I will be having more dedicated learning sessions for German. Whatever it is, I wish you consistency and ultimate success.

BTW … I recently launched a few of my wild ideas targeted to help develop Cybersecurity in the Caribbean. Check them out and let me know what you think. Links below: 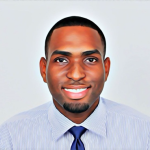 Improving the face of Cyber Security across the Caribbean

Some perspectives on sharing data with Social Medi...

Recently Nick Galov from the Tech Jury blog contacted me about an infographic he created covering the safety of our online data...

Elite ways to abuse a religion, a nation, and a pr...

To be clear, I do NOT recommend anyone to attend this conference. As a Jamaican working in the Information Security industry, I...

Be Focused with Penetration Testing Services

Security shoemakers and the stories they tell

UPDATE: Approximately 1 month after highlighting the lack of HTTPS, the affected IT security consulting company started to use...

2 cans of beer and a radio

A story about a much older man I met today (Oct 13th) in Germany. I was sitting in a park reading a book. Some minutes after a...

Some perspectives on sharing data with Social Media Services

Elite ways to abuse a religion, a nation, and a profession while being shady all at once – The RastaCon highlight